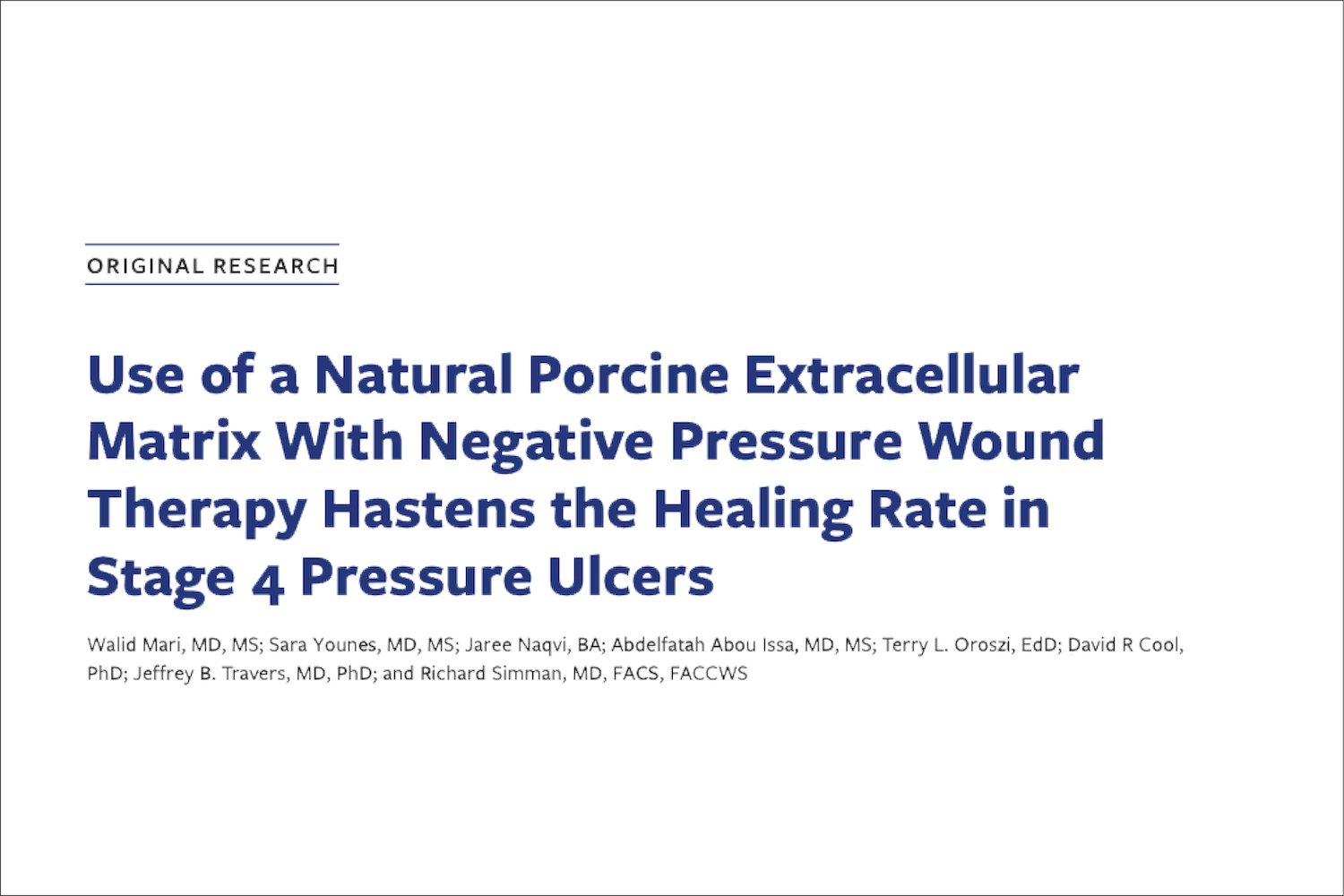 The wound healing process occurs through a series of 4 stages: hemostasis, inflammation, proliferation, and remoulding. Chronic wounds are defined as wounds that fail to heal within a period of 3 months.

According to the National Pressure Ulcer Advisory Panel (NPUAP), “a pressure injury/ulcer is localized damage to the skin and underlying soft tissue usually over a bony prominence or related to medical or other devices“.
Walid Mari and Coll conducted a prospective, multicentered, randomized, controlled, single-blinded clinical trial from August 2014 to June 2016.

This study examines the healing rates of stage 4 pressure ulcers using a combination of a commercially available porcine-based wound matrix dressing alongside negative pressure wound therapy (NPWT) versus using NPWT alone.
During the study period (August 2014–June 2016), the total number of patients screened for inclusion/exclusion criteria was 94 patients, but 16 participants finished the study successfully. The study included 16 patients with stage 4 pressure ulcers (14 sacral, 1 gluteal, and 1 ischial). They were divided randomly into 2 groups of 8 each: a control group that received NPWT only and the second group with NPWT plus porcine-based wound matrix dressing. Negative pressure wound therapy was set at -125 mm Hg and continuous mode…

The study showed that in week 12, the wounds treated with porcine-based wound matrix dressing continued to show increased healing, while the wounds treated with NPWT alone peaked in healing at week 8 and then declined.
These findings suggest porcine-based wound matrix dressing may be superior to NPWT alone in facilitating the progression of wound healing. The limitations of this study include the relatively small sample size that was able to finish the study.