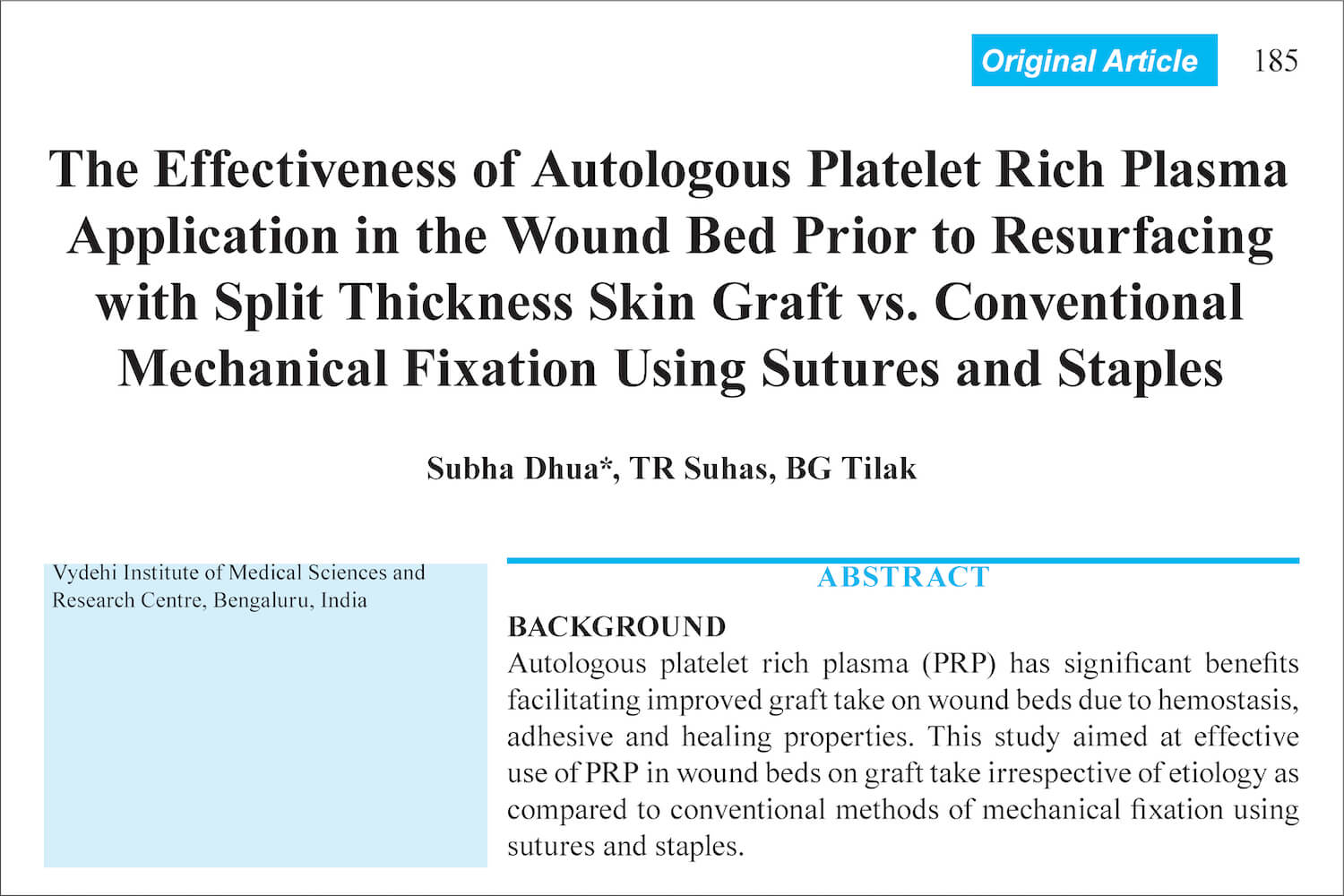 A split thickness skin graft is generally done for soft skin coverage in view of its broad application for use due to ease of harvest. The healing process is undertaken through three stages anchorage, inosculation and maturation.