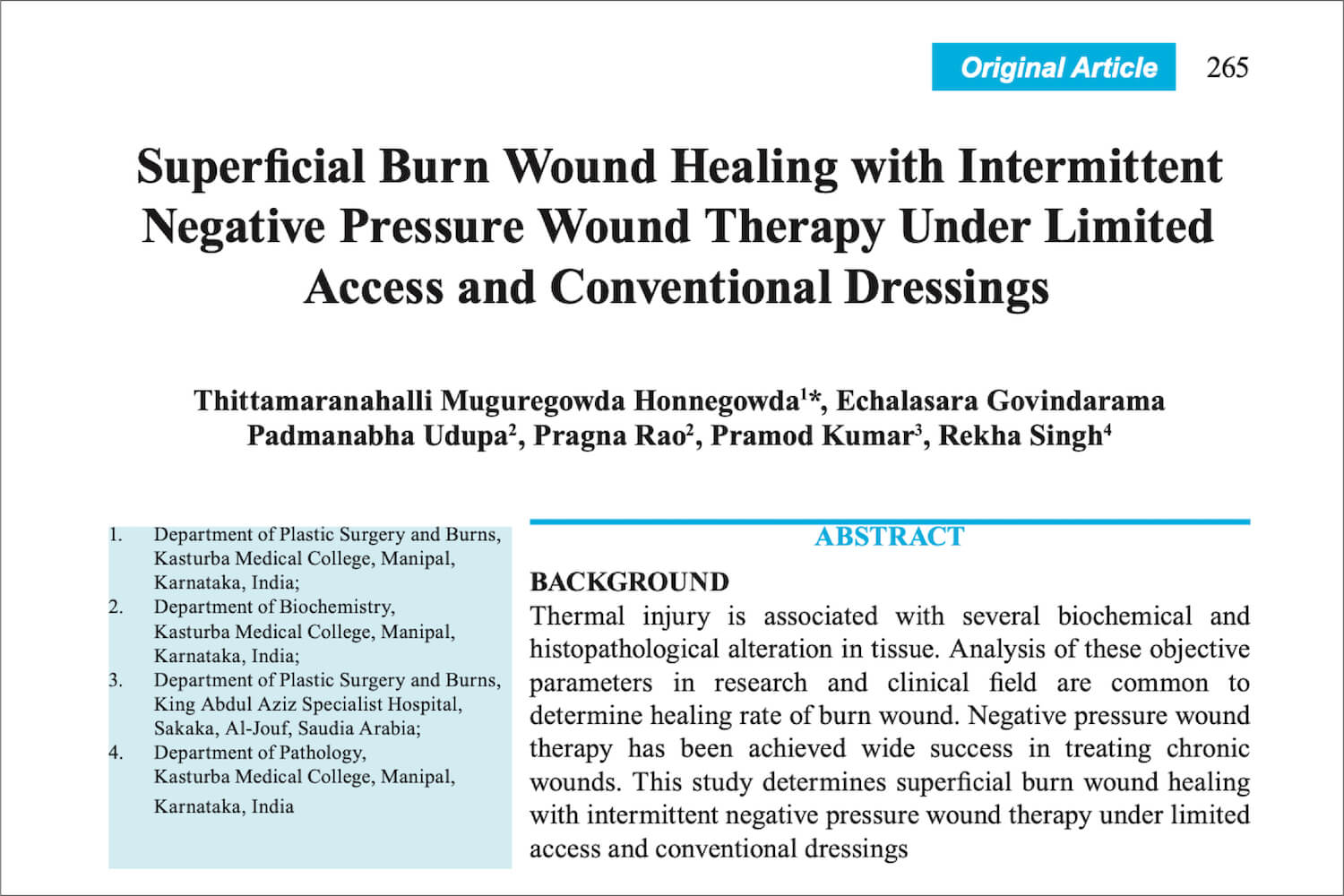 Patients with deep and extensive wounds of major burns with multiple injuries are difficult to treat. In thermal trauma, tissues are subjected to ischemia. oxidative stress due to burning injury initiates an inflammatory cascade that includes acute-phase protein synthesis, upregulation of inflammatory adhesion molecules and pro-inflammatory cytokine.

On the 20th century, the Russians were innovators in the area of negative pressure treatments. The Soviet-Afghanistan War drove this need for advancements in both surgical technique and wound care. Dr Nail Bagaoutdinov, a Soviet Surgeon, began using a negative pressure unit with foam dressings to treat infected wounds in 1985. The modern NPWT systems came into being in the 1990s with the use of polyurethane foam and a mechanical vacuum pioneered by Drs. Louis Argenta and Michael Morykwas of Wake Forest University School of Medicine. Negative pressure wound therapy (NPWT) in its most current form has been used steadily to heal complex wounds since its initial development in the early 1990s. This activated inflammatory cascade causes local and systemic neutrophil sequestration, which is the source of reactive oxygen species (ROS)5 and contributes to delayed healing in burn wounds. Negative pressure wound therapy (NPWT) is non-invasive adjuvant therapy to treat burn wounds. It is claimed to increase blood supply to the wound and to induce the formation of granulation tissue, causes rapid healing through stimulating re-epithelialization, proliferation of endothelial, fibroblasts cells thereby angiogenesis and collagen reorganization, decreases bacterial load, eliminates exudate and slough, reduces oedema and swelling, and maintains an optimal moist environment for proper healing.

This study provided that the use of Negative Pressure Wound Therapy can give an optimal pH, decrease necrotic tissue, and amount of inflammatory infiltrate and increase ECM deposition and angiogenesis.