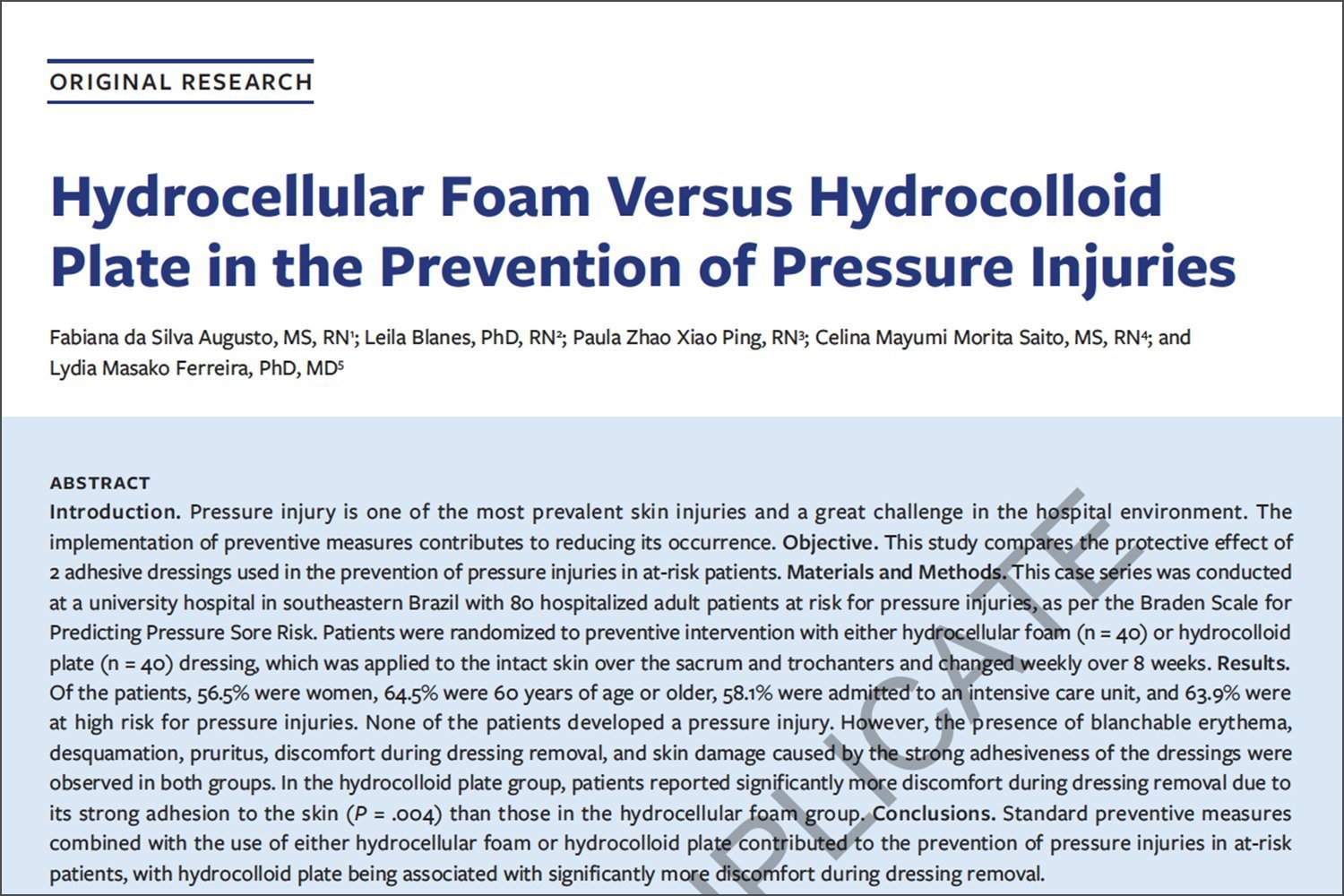 Bedsores (also called pressure ulcers or decubitus ulcers) are injuries of the skin and underlying tissue, resulting from prolonged pressure on the skin. Bedsores most often develop on skin that covers bony areas of the body, such as heels, ankles, hips and tailbone. It is a serious complication caused by multiple factors. Several studies on the use of  barrier creams, hydrocolloids, transparent films, and dressings to prevent pressure injuries are written in the literature.

Fabiana da Silva Augusto and Coll conducted a single-center case series from April 2012 to July 2013 in a university hospital in São Paulo (Brazil) with patients admitted to hospital wards, ICUs, and semi-intensive care units (SICUs). The aim was to compare the use of hydrocellular foam and hydrocolloid plate dressings on the prevention of bedsores.

Hydrocolloid and foam dressings have physical properties to prevent bedsores, redistributing mechanical forces, such as pressure, shear, and friction.

Eighty patients were selected. They were divided in 2 groups. The patient received preventive intervention with either hydrocellular foam (foam group; n = 40) or hydrocolloid plate (hydrocolloid group; n = 40). Dressings were changed weekly. Sixty-two patients remained in the study, with 31 in the foam group and 31 in the hydrocolloid group. None of the patients in either group developed a pressure injury, but alterations in the skin, such as blanchable erythema and desquamation caused by the strong adhesion between the dressing and the skin, were observed. The results were similar in both groups, but the frequency of complaints of discomfort and presence of pain during dressing removal was significantly greater in the hydrocolloid group than that one in the foam group.

The use of either hydrocellular foam or hydrocolloid plate contributed to the prevention of pressure injuries in at-risk patients, with hydrocolloid plate being associated with significantly more discomfort during dressing removal.